Before being chartered as Phi Kappa Tau, the members at Baldwin-Wallace College spent a period of time working towards this accomplishment. In 1918, the members were first established as the Gregordian Society, which then in 1922 their determination lead them closer to being charterd, where they were announced as Zeta Kappa. 22 years later, the members of Zeta Kappa chartered as Phi Kappa Tau and became brothers of the amazing Fraternity that we know of today.

In 2013, the chapter hit a milestone in the success that Alpha Omega has had since its chartering in 1942. Through much hard work and dedication throughout the 2012-2013 Academic year, the brothers of Phi Kappa Tau came together and won the Roland Maxwell Trophey, which is given out each year to the most outstanding chapter in the Nation. Pictured below are some of the hard working officers that lead the chapter on this charge to win the trophey. You can read the story here! http://phikappatau.org/rss-blog-style/1000-alpha-omega-wins-maxwell-trophy.html

That same year, Brandon Wojtasik won the Dwight I. Duglass Presidents Award for his general admidistrative excellence towards his chapter, and his success in leading the charge to obtain the Maxwell Trophey. Brandon now currently serves on Alpha Omega's Board of Governers in search to help bring the trophey back. 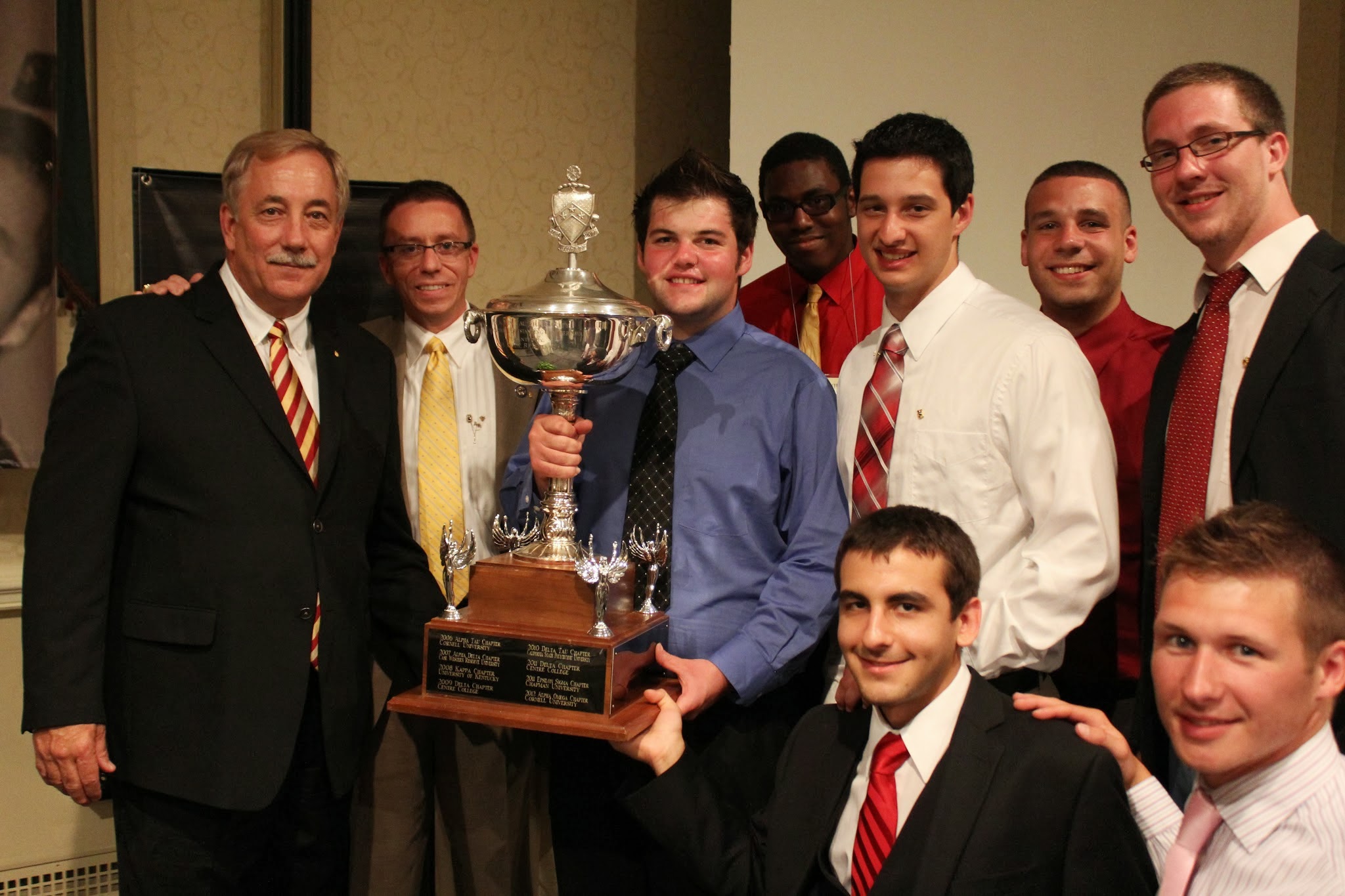